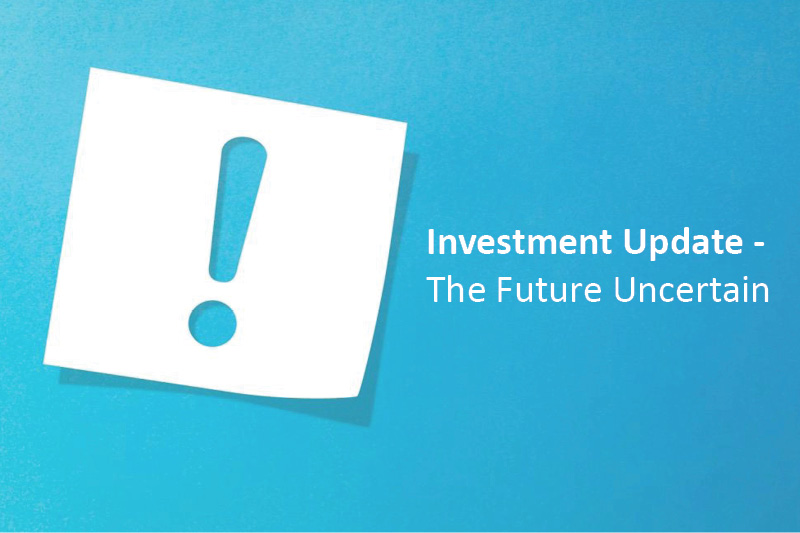 Weirdly enough, sometimes even when suspected bad news is confirmed, share markets go up because at least the unknown becomes known and the haze of uncertainty clears.

Over the last 12 months, global share markets have performed exceptionally well.  Better than many expected, given underlying company earnings have in some cases not justified such lofty share price growth.

Periods of uncertainty over the last 12 months or so, have mainly centered around trade tensions and the imposition of tariffs between China and the US, unknown outcomes of Brexit, the impeachment of President Trump and western relations with the Middle East.

More recently, the terrible bushfires in Victoria, NSW and South Australia have created uncertainty for the Australian economy.  While the physical damage caused by the fires is being assessed and the emotional toll will impact many for some time to come, the economic impact on regional towns and popular tourist areas will last for years.  Businesses are suffering due to the lack of visitors and even those in non-fire affected locations are feeling the effect as Australians and international visitors are preferring to “stay away”.

In more general economic terms, Australia’s economic growth is expected to contract in the March 2020 quarter, with a pick-up in activity for the remainder of the calendar year due to the rebuilding effort – both domestic and business, but also as infrastructure such as bridges, roads, schools are repaired/rebuilt.

Overall, economists estimate that economic growth will be impacted by $5 billion.  The government has committed $2 billion to the disaster relief effort and there has been over $1.5 billion of insurance claims so far.  Our annual economic output is valued at around $1.9 trillion – so the bushfires are expected to detract around 0.25% of the annual value of the economy, but does reduce growth from around 2.5% to 2%.

Investors appear to have focused on the future economic stimulus, coupled with the increased likelihood of an interest rate cut, and the share market has continued to march forward in January despite the devastating impact of the fires and the destruction of habitat.

While the bushfires are now more of a “known”, the Coronavirus is very much an “unknown”  Reported cases (at time of writing) are at 17,500 with 362 deaths (mostly in China).  The figures could easy be much higher than that. While 17,500 cases is not significant in the context of the global population, the virus is on an exponential growth curve in term of affected people.  China is in lock down and travel to and from China is limited.  Affected and potentially affected people are in self-imposed quarantine.  Global trade has slowed. China has experienced economic growth of over 6% pa for several decades – at this early stage the Coronavirus is expected to lower Chinese growth in 2020 from 6.5% to around 5.8% – which means a lot.

The immediate/short term severity of the Coronavirus is unknown and the ultimate affect on world economic activity and corporate earnings is unknown.

Until the unknowns becomes known (or at least a whole lot clearer), we expect some degree of volatility in world sharemarkets.  On Monday 3 February for example, the Chinese sharemarkets closed down just under 9% – at one stage it was down 9.5% and the stockmarket was nearly closed (the Chinese close share markets when they correct 10% in one day).  Over the weekend, the US market was down over 2%.  On Monday, Australian share market was down around 1.3%.

Short term market corrections are a normal part of any investment cycle, but they can be more regular and prolonged when significant uncertainty exists.

At these times we encourage clients to:

Have said that, we also want our clients sleeping soundly at night.  If you are concerned about your financial strategy, your investments and what market uncertainty means for you and your portfolio, we certainly encourage that you call and speak with your adviser.

Join our mailing list for regular articles or invitations to free information evenings – or call to make an appointment for complimentary phone call meeting with one of our advisors.