The Government has announced its intention to increase the maximum amount of the LMITO to $1,080 per year, commencing in the current financial year. Taxpayers earning up to $126,000 a year will receive this tax cut.

The Treasurer said that this means up to $1,080 per year, in their pocket per year for single income households. For families on a dual income, it means up to $2,160.

For the 2018-19 income year, the Medicare levy low-income threshold will increase for singles, families, seniors and pensioners:

From 1 July 2020, individuals aged 65 and 66 will be able to make voluntary concessional and non-concessional superannuation contributions, without need to meet the “work test”. 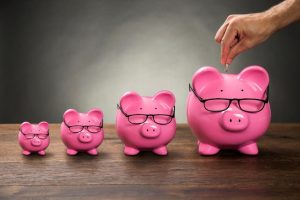 Currently, individuals aged 65-74 must work at least 40 hours in any 30-day period in the financial year in which the contributions are made (the “work test”) in order to make voluntary personal contributions

This will give people nearing retirement the opportunity to increase their retirement savings regardless of their working arrangements.

From 1 July 2020, the age limit for spouse contributions will increase from 69 to 74 years.

Currently those individuals aged 70 years and over cannot receive contributions made by another person on their behalf.

The Budget includes measures to reduce costs and simplify reporting for superannuation funds by streamlining the administrative requirements for the calculation of the ECPI from 1 July 2020.

Superannuation fund trustees will be allowed to choose their preferred method of calculating ECPI where they have interests in both the accumulation and retirement phases during an income year.

It has been confirmed that superannuation funds will not need to obtain an actuarial certificate when calculating ECPI using the proportionate method, where all members of the fund are fully in the retirement phase for all of the income year.

The current tax relief for merging superannuation funds was due to expire on 1 July 2020. This will now be made permanent. This will ensure fund member balances will not be impacted by tax when their funds merge.

The aim of this tax relief is to remove tax as an impediment to mergers, facilitate industry consolidation and improve retirement outcomes for members.

Self Managed Superannuation Funds (SMSF) are excluded from this tax relief.

The Government will provide $19.3 million to the ATO over 3 years from 2020-21, to send electronic requests to superannuation funds for the release of money required under a number of superannuation arrangements.

This change, which will take effect from 31 March 2021, will be implemented by expanding the electronic SuperStream Rollover Standard used for the transfer of information and money between employers, superannuation funds and the ATO.

To coincide with the expansion of the SuperStream Rollover Standard, the start date of Self Managed Superannuation Fund (SMSF) rollovers into Superstream will be delayed until 31 March 2021.

The Government has confirmed a delayed start date of 1 October 2019 for ensuring insurance within superannuation is only offered on an opt-in basis for accounts with balances of less than $6,000 and new accounts belonging to members under the age of 25.

From 1 July 2020, the bring-forward arrangements which currently apply to individuals aged less than 65 years will be extended to those aged 65 and 66. 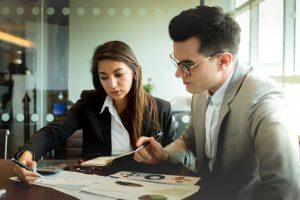 The Government has announced that the threshold for the instant asset write-off will be increased to $30,000. Access to the write-off will also be expanded to include both small and medium businesses which have an aggregated annual turnover of up to $50 million.

It’s worth noting that this is a temporary extension of this incentive.

Consolidation of Division 7A

The Government has delayed the start date by 12 months to “further consult with stakeholders on these issues and to refine the Government’s implementation approach, including to ensure appropriate transitional arrangements so taxpayers are not unfairly prejudiced”.

The Government has announced it will support the expansion of data collected through Single Touch Payroll (STP) by the ATO and the use of this data by Commonwealth agencies. The expansion will include information about gross pay amounts and other details. This change aims to reduce the compliance burden for employers and individuals reporting to multiple government agencies.

Disclaimer: The information contained in this document is general in nature only.  Professional advice should be sought before acting on any aspect of this document.  Liability limited by a scheme approved under Professional Standards Legislation.

For all the Federal Budget’s key initiatives, visit the Federal Government budget website at: https://www.budget.gov.au/